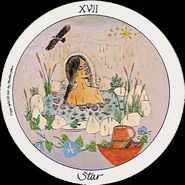 Vicki Noble, co-creator with Karen Vogel of the Motherpeace Tarot Deck, recommends seven new books to heal us and give us hope.

Vicki Noble:  I have seen so many wonderful books come out in the last year or so—many of them done by respected friends of mine—that I decided to share them with you. Given the state of things in our materialistic and celebrity-focused culture, it’s rare that such out-of-the-box books are even published these days, let alone marketed and distributed properly.

1.  Starhawk’s wonderful visionary novel, City of Refuge, the happily-awaited sequel to her earlier book, The Fifth Sacred Thing. I’ve read them both more than once and recommend them as heart-warming, thoughtful, intelligent, and incredibly hopeful versions of future possible realities in which the power of nonviolent, magical consciousness becomes contagious and carries the day. Starhawk is in the process of getting these novels made into movies, which would be fabulous. May it be so! 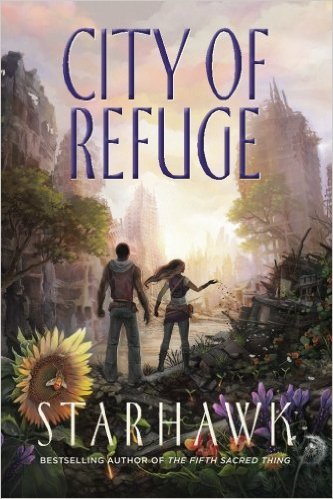 2. Mary Mackey has come out with a “prequel” to her earlier feminist trilogy of books in the Earthsong Series, based on the impeccable archaeological research of Marija Gimbutas into ancient prehistoric Goddess civilizations of Old Europe. Mary’s newest book in this series is called The Village of Bones: Sabalah’s Tale, and it’s a page-turner. 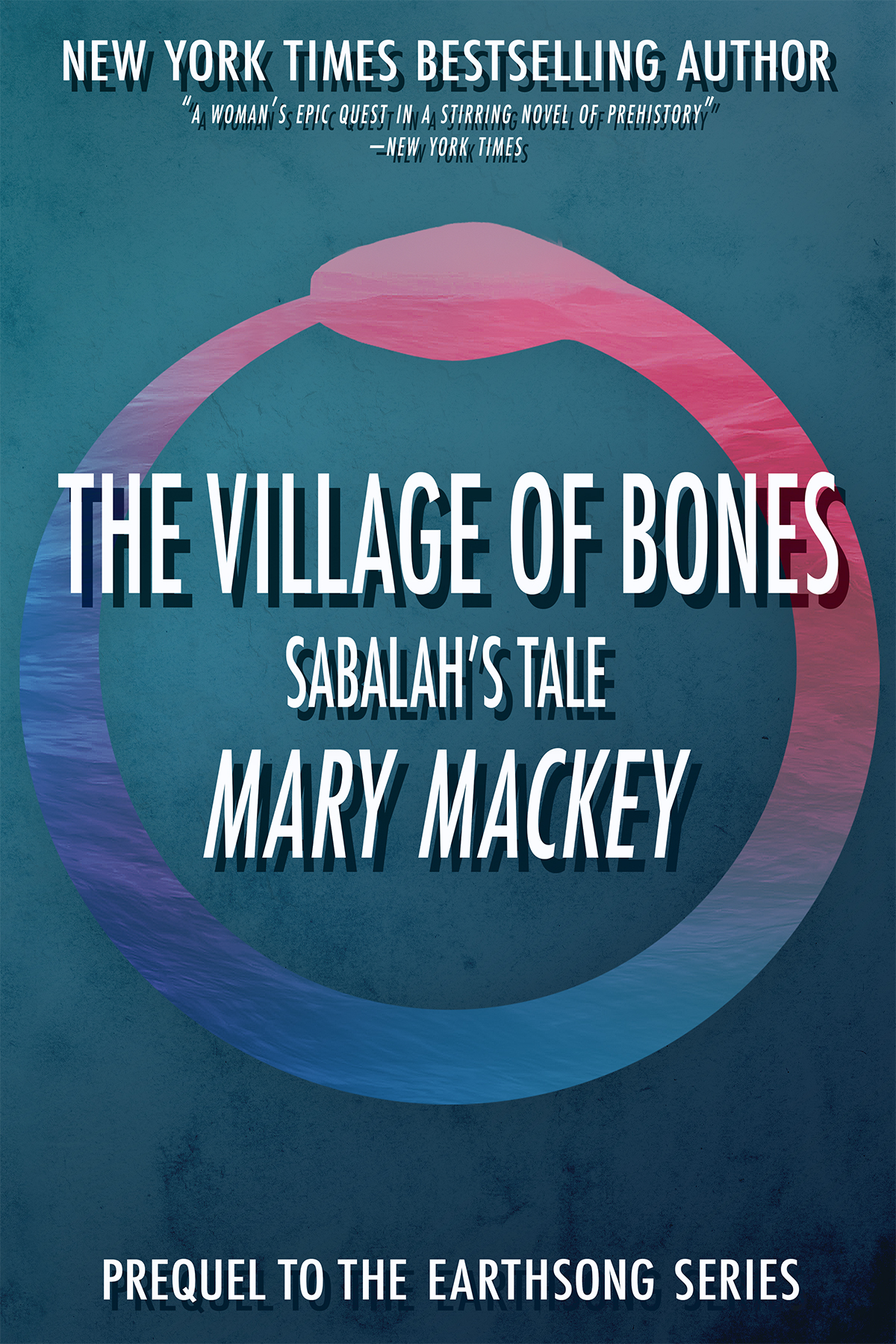 3. Charlie Bensinger has released a futuristic trilogy of quirky, suspenseful novels called Radical Option, Beyond Fire, and Primal Source—all part of a series he calls People of the Change—that I have totally enjoyed reading. I’m not going to spoil the intrigue here by telling you the plot, but trust me, it speaks directly to our current global situation and offers up unique and imaginative solutions to world problems and dilemmas. 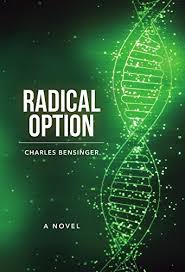 4. Craig Comstock released a book late last year called Gift of Darkness, in which (as I said in a blurb for the book) he “captured the poignancy of a young, frightened human being” faced with what Hannah Arendt called “the banality of evil” as a teen in Amsterdam during the terrible period of the Nazis. It has eerie similarities to our own time.

5. In a whole other vein, the Goddess movement’s own Ruth Barrett has compiled Female Erasure, a brilliant anthology of essays by authors speaking discerningly about what they perceive as the “dogma of transgender politics” in our culture at the moment. In a time when this controversial subject has become so heated and the debates so downright violent—often delivered with highly-charged sound bites, rather than the depth the subject deserves, it’s a relief to have this whole book of thoughtful analyses from diverse feminist positions and backgrounds. 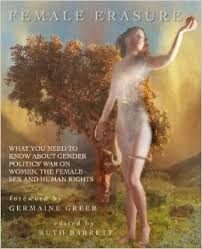 6. Starr Goode’s brand new book, hot off the press, shares decades of her research into the enigmatic and archetypal image of the Sheela na gig (or what Miriam Robbins Dexter has called Female Sacred Display). The exquisite hardcover book is called Sheela na gig: The Dark Goddess of Sacred Power. Well written and beautifully illustrated!

7. Also, in memory of Lydia Ruyle, I’d like to recommend her final book about the marvelous banners she created to honor Goddesses all over the world; Lydia’s banners have graced the walls of temples, festival halls, and museums around the world. This book, Goddesses of the Americas, presents images, stories and mythologies of Goddesses she found in North, Central, and South America. A fine memorial! 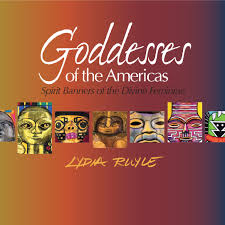 8.And last but not least, I hope, I have included the anthology compiled by me and Miriam Robbins Dexter and published at the end of last year, Foremothers of the Women’s Spirituality Movement: Elders and Visionaries; the book features the personal stories of many of the women who were there from the beginning. We wanted to share some of the vision, originality, and vitality that emerged spontaneously in the late 1970s and early 1980s to became a global Goddess movement. 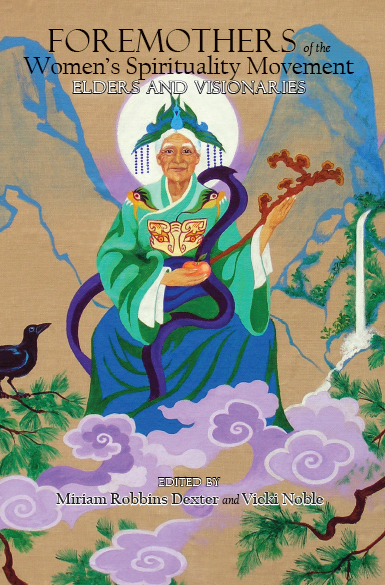 I wish all the other progressive authors out there the very best in getting your books into print and out into the world. Goddess knows we need inspiration in these times!   Vicki Noble

This site uses Akismet to reduce spam. Learn how your comment data is processed.

Mary Mackey is New York Times bestselling author and award-winning poet who has written fourteen novels some of which have appeared on the New York Times and San Francisco Chronicle Bestseller Lists. She is also the author of eight volumes of poetry including The Jaguars That Prowl Our Dreams, winner of a the 2019 Eric Hoffer Award for Best Book Published by a Small Press and a 2018 CIIS Women’s Spirituality Book Award;  and Sugar Zone, winner of the 2012 Oakland PEN Josephine Miles Award for Literary Excellence.  Mackey’s novels have been translated into twelve languages including Japanese, Russian, Hebrew, Greek, and Finnish. Her poems have been praised by Wendell Berry, Jane Hirshfield, Marge Piercy, and Dennis Nurkse for their beauty, precision, originality, and extraordinary range. Garrison Keillor featured her poetry four times on The Writer’s Almanac. Also a screenwriter, she has sold feature-length scripts to Warner Brothers as well as to independent film companies. Mackey sometimes writes comedy under her pen name “Kate Clemens.” She has a B.A. from Harvard College and a Ph.D. in Comparative Literature from The University of Michigan and is related through her father’s family to Mark Twain. At present, she lives in northern California with her husband Angus Wright. ” Lowenstein Associates recently published her novel The Village of Bones, a prequel to her bestselling Earthsong Series.